Before we knew if we were having a boy or a girl my husband and I decided that we wanted to do a retro looking Superhero nursery if we were in fact having a boy. Well, in November we found out that we were indeed having a boy and Pinterest has been consulted greatly in the decorating of his room. We didn't want to just choose one superhero or buy things that were too commercial so I knew that I (with a lot of help) would be creating some DIY stuff for his room. I came across an awesome t-shirt quilt picture on Pinterest that I knew I wanted to do for his bed (as I could find no bedding set on the market that matched what I was looking for).
﻿﻿ 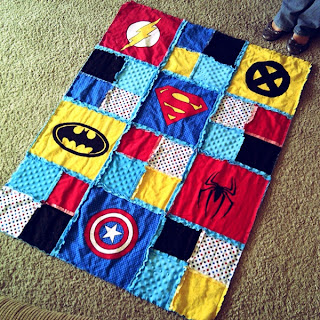 This is the inspiration quilt- Picture from http://tinyurl.com/bwyu5eq
I just happen to have a friend who is an awesome seamstress and she said she would help/teach me to make a quilt like this. After a few trips to thrift shops, a donation from my wonderful husband, and a trip to Jo-Ann's for some flannel fabric we had all the pieces we needed to make the blanket. We decided to follow the picture above except to add an extra column, and not to use minky fabric (as I was told it can be a pain in the butt to work with). 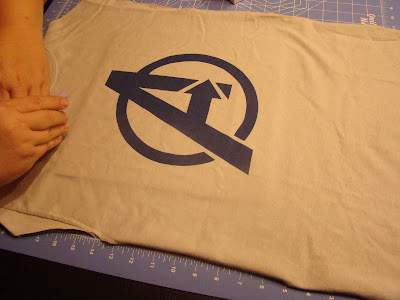 Measuring and cutting the big squares 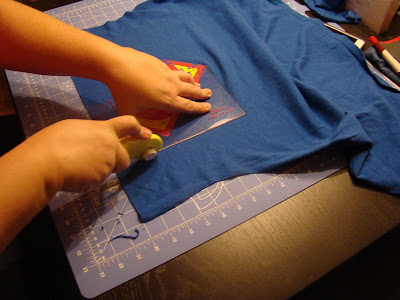 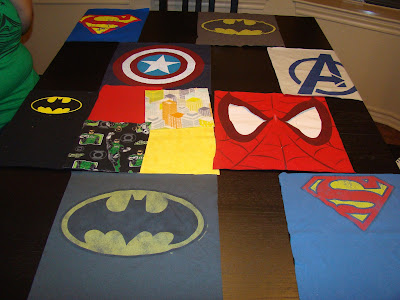 The big squares and starting to figure out the small ones
I won't pretend to be an expert on this process or try to give you a step by step account, it took a lot of work, time, and decision making to figure out exactly who we wanted the blanket to look. 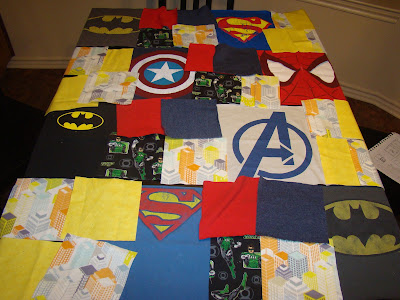 With the small squares figured out 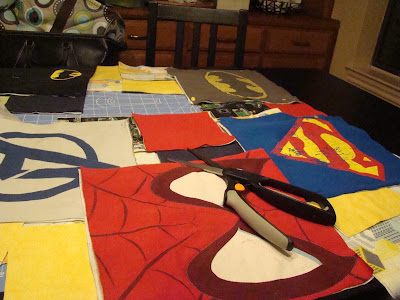 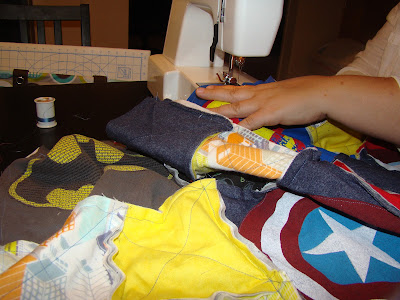 Sewing big squares to the little ones
My friend Z did a lot of the sewing but she showed me how to use her machine and by the end of it (after a lot of rethreading and small fixes) I felt like I had an OK handle on the process. I also realized that I want a sewing machine really bad (there is always Christmas) and I am excited to try other sewing projects. It took at least four different 3-4 hour long sessions to complete the quilt (and a lot of Fuzzy's Taco's Chicken Fajita salads) but in the end it was totally worth it (and not just because of the salads). 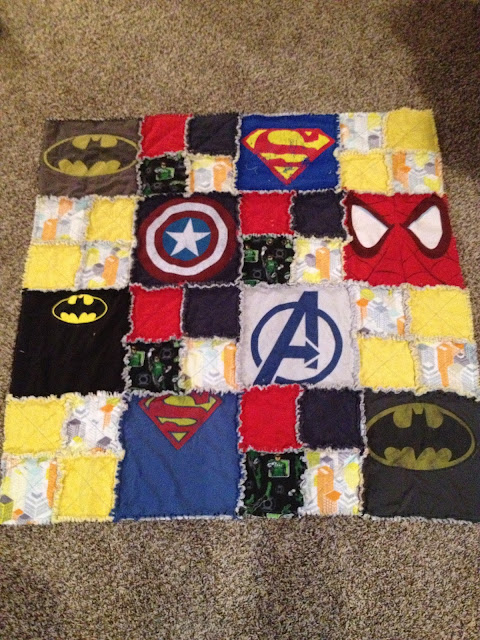 This is after it has been sewed, the ends of all the squares snipped, washed, and tumbled dry on low. It makes A LOT of lint so if you try this be prepared to be cleaning out the lint trap on the dryer. 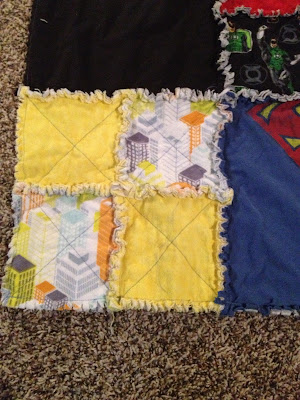 Close up on a small square section
It definitely has it's imperfections, but I think that is what makes it special. I can tell my son that his Mom and Miss Z worked together to make him something unique and one of a kind. I love it and I hope he will appreciate it as well. 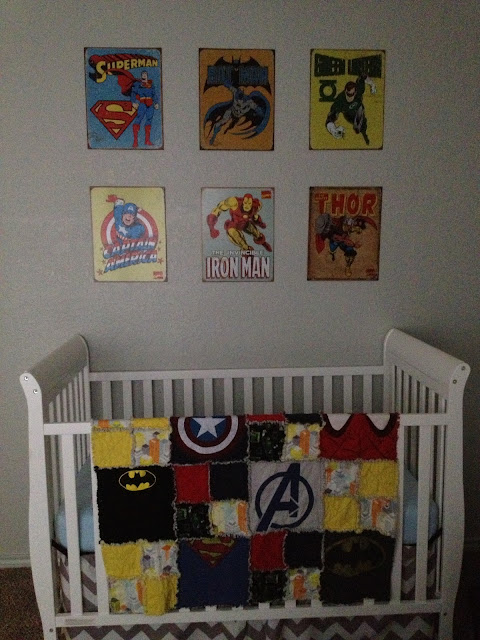 Hanging in his room, waiting to be used. (Miss Z also made the awesome grey chevron bed skirt as well, because she is awesome!)﻿﻿
Posted by TexasBuckeye at 7:36 PM

TexasBuckeye
I am a suburban mom of two in my LATE twenties who is always looking for something new to try. Pinterest has become an addiction for me but I am more likely to pin something than to create something. Now I am forcing myself to move beyond the pin.